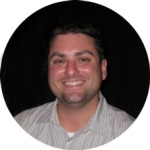 SEOMike got his start in 1997 while operating his first business. Mike’s first business was a company that built local networks for small businesses. He had several clients in the Overland Park, Kansas area and helped them achieve something that was difficult at the time; sharing a single printer in their offices. Computers did not talk to network printers very well and there weren’t many companies providing this service to small businesses. Most companies that did set up networks only did so for larger organizations, such as hospitals. While working for one of these clients, the client said “what’s this internet thing and how do I get my business on it?” Mike said “I don’t know, I’ll figure it out.” After creating a sweet 90s-style website complete with white text on a black screen full of animated gifs, the client said “This looks great! Now that I’ve spent all this money on this great website, how do I make it make me money?” Mike said “I don’t know, I’ll figure it out.”

Mike’s love of computers started in the early 80s when he wrote his first program on a Texas Instruments TI-99/4a. Since then, Mike has built many custom desktops and servers. His experience building and configuring servers give him a unique insight into the technical challenges some websites face.

Mike spoke at his first trade show in 2003 about the basics of SEO and how business owners can set their sites up for success. Since then, Mike has spoken multiple times at Pubcon, a popular SEO conference. He has also been asked to speak in “Expert Spotlight” sessions at Pubcon to give people some insight into tried-and-true fundamentals he applies to his clients. Mike has spoken at several other events including several local SEO conferences and at the University of Missouri.

Over the years, several impostors have popped up across the country claiming to be SEOMike. Don’t be fooled by impostors. This business belongs to the one true SEOMike who holds the patent for the name. Here is a link to the registration of the SEOMike trademark at the US Patent and Trademark Office. Imitation is the highest form of flattery; posing as someone else is just wrong.