I missed this article during the hustle and bustle of Christmas, and I’m thinking that was what Google hoped would happen.  I’m sure they hoped people would be too distracted to see the news that Google was going to ruin email marketing to Gmail users.  Here’s the important part of the article:

“…Google has just announced a move that will […] cache all images for Gmail users. Embedded images will now be saved by Google, and the e-mail content will be modified to display those images from Google’s cache, instead of from a third-party server. E-mail marketers will no longer be able to get any information from images…” 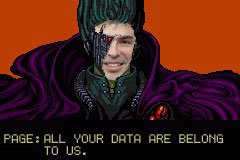