No, we do not think Walmart sucks. Walmart is one of the most successful organizations in the world, and that’s not because of bad business practices. 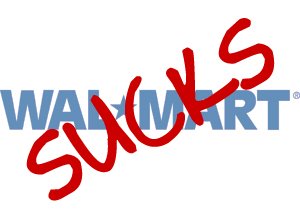 Walmart has a bit of an image problem. They offer such a huge diversity and quantity of items for such reasonable prices that it’s difficult to compete with them. When Walmart moves into a new town, it can be very difficult for the existing businesses to adapt. Is that Walmart’s fault? No.

In 2005 SEOMike worked in partnership with another local agency called Bernstein Rein to help Walmart with the reputation. Bernstein Rein handled the traditional media part, and SEOMike dealt with online reputation management. Reputation management wasn’t really a thing back then (according to Wikipedia the industry formed in 2007), but that doesn’t mean that there wasn’t a need.